What’s the difference between a Captain and a Pilot?

We’ve all heard “This is your Captain speaking” over tannoy systems on airline flights. And when you book a private jet flight, you will meet your Captain before you board the aircraft. But what is the difference between a Captain and other types of pilot?

What is a pilot?

A pilot is a job description, and does not imply any qualification or rank. (Find out more about pilots and their jobs in our PrivateFly Pilot Survey).

An aircraft must always have a nominated senior pilot who is in overall charge of the aircraft, this pilot is the Captain.

A newly-qualified airline or private jet pilot is allocated the rank of First Officer then later can become a Senior First Officer, before they take a Command Course. If this is successfully completed, this means they can become a Captain. In the military First Officers are called Co-pilots.

As as example, my flying CV shows a sample of the progression between pilot, First Officer and Captain.

Want to read more articles like this from PrivateFly? Sign-up for our email newsletter for the latest updates. 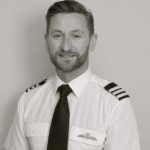 As a pilot myself, it’s always interesting to to find out about other’s aviation careers. Especially when they move from full-time flying into business, as I did. Recently I caught up with an old Royal… 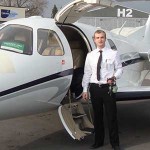 The best VLJ in the market? Ask the pilot

The entry level VLJ (Very Light Jet) market has continued to perform well during the economic downturn, seeing its market share increase – for both business and leisure flights. And with the Citation M2 recently… 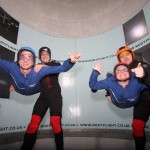 While private aviation is our specialism, at PrivateFly we love flying of all kinds. Several of us in the team are qualified pilots, others have aerospace degrees – and the rest are all more than…
BLOG HOME
Months
Categories