We all measure job satisfaction both in financial terms and in how much we enjoy our jobs. And while most pilots venture into the world of aviation out of a long held passion for flying, they are not immune from the lure of a job offering better financial rewards.

In April this year, we conducted a detailed research study amongst pilots – across the aviation spectrum. The findings gave a detailed insight into their working lives and motivations. One message did come out loud and clear: Pilots in private aviation enjoy their flying more, but are not financially rewarded as well as their counterparts in the airline industry – both in terms of their salaries and in the benefits they receive.

This is a potential concern when a widely-predicted shortage of pilots in the 10-15 year pipeline will mean different sectors of aviation are fighting it out for the best talent. Private aviation will find it hard to compete with the deeper pockets of airline recruitment campaigns and this could have an impact on post-recession growth in private aviation.

Many in the industry are already calling on industry organisations such as EBAA and BACA to investigate practical solutions, such as Standard Operation Procedures (SOPs), Operator Proficiency Checks (OPCs) and pilot line checks to be standardised for a specific aircraft type. This would allow pilots to be shared between co-operating companies for commercial flights. A win win for both pilots who want to fly more and aircraft operators who are in desperate need to reduce operating costs.

And taking more of a long-term view, corporate aviation must review and improve how it communicates with prospective pilots – for example by actively promoting ‘private flying’ careers at training organisations. An industry-wide crew benefit scheme would help further to recruit and retain pilots in private aviation, as opposed to the more obvious route of an airline career.

Below are some of the key research findings. Or read the full report: PrivateFly Pilot Poll 2012.

…but are paid less and receive fewer benefits 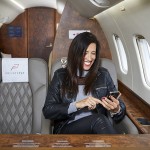 Over the weekend I heard from many of my colleagues from my days as a pilot at NetJets. Responding to lower demand for fractional jet charter and jet cards, NetJets Europe is reducing its pilot…
January 19, 2012

Yesterday it was announced that the government’s consultation on a new UK aviation hub will begin in March. The process will focus on the need to retain the UK’s status as a major aviation hub…
BLOG HOME
Months
Categories