Can a private jet land at a big airport?

While some of the well known big airports are often the best choice when travelling by airline, that’s not the case at all for private jet charter.

You might think that landing a smaller aircraft at a large airport, with lots of space and many runways to choose from, wouldn’t be a problem. But that’s not actually the case.

Should I use Heathrow when travelling by private jet to or from London?

For example, we’re often asked by new private jet users travelling to or from London, whether they should use Heathrow. The answer? Definitely not! Both from a pilot’s and passenger’s perspective.

Read more: Which private jet airport should I use in London?

It’s not so much about avoiding the airport terminal. Even large and busy airports have FBO facilities for private jet travellers that mean you don’t use the main terminal building – something that many travellers are trying to avoid during the current coronavirus pandemic.

But there are other reasons why large airports aren’t always better.

1) In the holding stack

It’s uncommon for the pilot of any aircraft be granted a straight in, no delay, approach to a large airport. So more often than not, a private jet (as with all other aircraft) will be put in a holding pattern, due to the sheer volume of aircraft moving in and out of a large airport.

Holding is a normal part of operations at a large airport but for fractional or card holder private jet users, it can cost. As they are billed per minute on the actual flight time.

At PrivateFly, our customers don’t lose out financially when this happens, but they do lose time. And time-saving is one of the key reasons to fly privately.

When in the cruise phase of a flight, the speed of a private jet is not much different to an airliner. But when coming into land, smaller jets tend to fly slower on the approach. And without Air Traffic restrictions, this would result in the larger airliner ‘tailgating’ the smaller private aircraft.

So at larger airports, where private jets and airline flights are sharing the same airspace, Air Traffic Control will often direct private jet pilots to keep their speed at or above 200 kts, until they are 4 nautical miles from the runway.

For most experienced private jet pilots this isn’t an issue, but the junior guys may find that this faster pace of events before landing a bit hectic operationally speaking. Flying above 200kts normally requires the aircraft to be clean without flaps, landing gear, or speed brakes extended. Keeping the speed fast on the approach means this final configuration changes, and pre-landing checks need to be done in more in more of a hurry, just prior to landing.

You would think landing a smaller jet on a longer runway would be no problem, there’s plenty of space after all. But problems can arise just after you land. As a pilot you need to get off that big airport runway pretty quickly – as landing just 30 seconds behind you might be a Boeing 777, who might be less than impressed if have to go around because you didn’t get off the runway in time.

So when a small aircraft lands on a long runway at an international airport, it’s time to get off quickly. This technique involves using fast turn offs and not braking; often pilots will actually accelerate after landing to quickly get off the runway.

Taxiing a private jet at a large airport can be a highly intensive period with multiple opportunities for making embarrassing mistakes – small aircraft have been known to get lost at a larger airport! While commercial airline pilots becomes very familiar with the small number of airports they use, there are over 3000 private jet airports in Europe, so often private jet pilots are given very complicated and long taxi instructions by unsympathetic air traffic controllers.

Surprisingly, larger airports are often not set up as efficiently to handle private jets as smaller airfields. So if the aircraft is staying overnight, you might be parked in the middle of a cargo area or longer term parking – miles away from the private jet FBO. For the crew, this makes it more difficult to meet and greet passengers when they arrive and to escort them quickly to their onward vehicle.

Smaller airports often won’t have the same customs (for passport entry checks) as larger airports – the checks are still made, but they are more unobtrusive and designed around the customer. Larger airports can’t really operate like this, so their inflexible procedures can result in delays on the ground.

Most private jet customers value the time saved on the ground. So it can be frustrating to eat into that time-saving, by sitting in a long traffic jam in the car, leading in or out of the airport.

Traffic build up on the major motorways and roads around bigger airports is much more of an issue that at smaller airports, which are much better for a fast getaway after your flight. 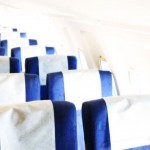 Can a private jet cost less than an airline seat?

It’s a question we’re asked quite often: Can private jets compete on price per head with an airline ticket? The answer is not often, but sometimes. But even when the cost is higher on a… 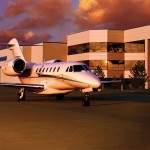 Tighter security is in place at airports from today, for some routes into the US from Europe and the Middle East. This is due to heightened concerns about threats from Syria and Iraq. Airline passengers…

There are many myths about private aviation, which can perpetuate the idea that it is a secretive mode of transport, complex and out of reach for all but the very few. In our quest to…
BLOG HOME
Months
Categories