Following new reports yesterday that Snowden is likely to accept asylum in Venezuela, we’ve been asked again about the private jet options for his flight there – and which aircraft would potentially be available. It’s reported that he has temporary travel documents allowing him to depart from Moscow Sheremetyevo airport.

Pricing and route information is in the last update below ($180,371 for a Gulfstream G550). According to our live availability data, suitable aircraft for the long range trip are currently in the area, including:

The key questions now, of course, are whether the operators of these aircraft would allow their aircraft to be chartered for this trip. And if so, what route could be taken – ie which countries’ airspace would allow it.

A direct route would allow a non-stop flight on these aircraft but the 5365nm direct distance (with headwinds) is already at the top end of the maximum range (see more technical details below). Any diversion is likely going to mean a fuel stop is required.

An aircraft is required by law to land with some fuel remaining on board. This is to allow an aircraft to divert from its destination airport, should it be required to find an alternative landing site for safety reasons. The maximum distance for a private jet is subject to its range and wind conditions for the routing.

Further to the post below, today we have been asked from those curious about a route from Moscow to Caracas (Venezuela).

Caracas would be more feasible than Quito as a direct flight from Moscow. The distance of 5365 nm, even with head winds, would make this a possible journey for a long range jet such as a Gulfstream G550.

Edward Snowden, the American National Security Agency fugitive, is reported to be currently evading the US authorities in the transit zone of Moscow Sheremetyevo Airport – in the company of Wikileaks activists.

PrivateFly has been inundated with enquiries from those curious about availability and prices for a private jet from Moscow to Ecuador, where Snowden has applied for asylum.

So how much does it cost to charter a private jet from Moscow to Ecuador? How long would it take? And can you fly direct without a fuel stop?

Let’s have a look at the facts:

Flight distance from Moscow to Quito: 6,255 nm
Headwinds: 60 kts (average)
Direct flight time: 14 hrs 15 mins (but see note below – a direct flight would be very unlikely in this case)

Which aircraft can fly the furthest?

Can Edward Snowden fly direct to Ecuador from Moscow?
Using normal safety limits, a direct private jet flight from Moscow to Ecuador would not be possible. The distance of 6,255 nm, combined with strong headwinds, puts this routing out of the range of a direct flight on any aircraft.

Summary:
It would be possible for Edward Snowden to fly from Moscow to Ecuador on a private jet. However using legal safety limits a fuel stop would be required. 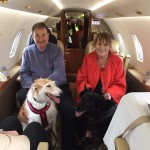 5 flights this week: Filling the seats

Most private jet flights are not filled to capacity. Each aircraft type has a maximum number of seats, but usually there are some to spare. In 2016 our flights had an average of 4.5 passengers onboard… 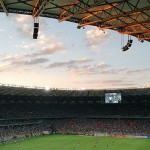 With the last 16 now decided, we’re seeing a number of last minute enquiries from fans looking to travel to the knockout stages of the Euros 2016. Private jet travel is the fastest and most… 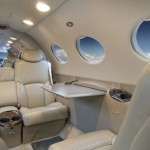 5 flights we flew this week (& their prices)

During the summer months lots of our European flights are to popular summer leisure hotspots. But with Autumn now upon us, the mix of airports we’re using is changing and getting wider again. Here are…
BLOG HOME
Months
Categories