Private aviation users have a huge choice of potential airports. In fact they can pick from 3,000 airports in Europe, versus 300 used by airline routes.

Private jets can use large international hub airports if the customer wants to – although in many cases a big airport is not the best choice for a private flight, here’s why. Most bigger airports have a separate terminal or FBO for private jets (some more than one). Other airports are very small airfields, or are dedicated to private aircraft only.

But obviously there’s a concentration of airports in Europe that are the busiest for private aircraft traffic – particularly those serving major capitals.

Which private jet airports are the busiest in Europe?

We looked at the Top 20 private jet airports in Europe, based on the number of flight movements (a take off or landing) that took place there by private aircraft in 2016.

Paris Le Bourget is at number 1…

…but London is the busiest city

But when it comes to cities, London outstrips Paris and any other, as the most popular private jet destination in Europe. Unlike Paris, where Le Bourget is the overwhelmingly obvious choice for private jets, the UK capital has a wide choice of airports. Four of these made the Top 20 in 2016, with London Luton the busiest at no.4, followed by London Farnborough at no.6.

Once again, the biggest decline in demand within the Top 20 was seen at Moscow Vnukovo – down 12.7% on 2015. With the political climate still unstable, Russian airports have seen a continued decline over the past few years.

But other airports saw their demand grow. Nice Cote d’Azur notably was up 5.8% on the year before, and its French Riviera neighbour Cannes Mandelieu also saw a rise of 3.3%, following its runway development in 2016, allowing larger aircraft to land there.

Illustrating how leisure use is a strong driver for private aviation demand in Europe, Palma and Ibiza both had a strong year. Palma up 7.3% from last year and Ibiza making it into the Top 20 for the first time, with a 6.5% increase.

Geneva‘s demand was high (at no.2) but remained flat once again compared to 2015. With airlines increasingly competing for the available runway capacity there, private jet customers can struggle to secure a slot. That’s why we always advise clients using Geneva to book in advance. 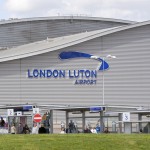 Will Stansted dent Luton’s popularity in 2017?

London Luton‘s position as the UK’s most popular private jet airport may be under threat in 2017. While FBO giant Signature has recently reopened there, making a considerable investment in a better-looking facility for private jet… 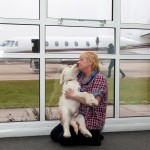