Last week, Aerion Supersonic unveiled the finalised design of its AS2 supersonic private jet. The Nevada-based manufacturer, which is working in partnership with Boeing and GE Aviation, had previously released some simplified designs. But it has now provided images of the final form of this much-anticipated new aircraft.

One notable difference in the stunning new design is the dramatic new swept delta wing, along with revised undermounted engines and a sleeker tail structure. All in all it’s reminiscent of Concorde – perhaps a deliberate way to join the dots between this new supersonic passenger aircraft and the last, which left service in 2003.

But of course, the AS2 is fundamentally forward-looking, promising to offer highly-impressive speed and innovation. And Aerion have addressed some of the environmental concerns that naturally surround such a powerful aircraft – which is designed to fly nearly twice as fast as a commercial jet.

Aerion has developed a patented technology it calls ‘Boomless Cruise’, and is currently working with certifying authorities on approval. This means the AS2 will be able to fly without creating a sonic boom at ground level.

The company’s CEO Tom Vice says: “It allows us to fly at supersonic speeds, taking advantage of an atmospheric phenomenology called ‘mach cut-off’. Although we still create the sonic boom, it actually refracts off a dense layer of the atmosphere called the caustic layer and goes back up. So on the ground you don’t hear it.”

And Aerion is also committing itself to a goal of carbon neutrality with the new AS2 design. It is the first supersonic aircraft design without an afterburner, and which can accept 100% biofuels.

How fast will the AS2 supersonic fly?

The AS2 will have a landing ability similar to other large cabin business jets, meaning it can get in and out of the same business aviation airports that clients are used to using.

It is expected to offer a maximum flight range of between 4,200 and 5,400 nautical miles, depending on flight speed.

The newly-released images of the AS2’s cabin concept show a sleek and modern interior, with well-appointed galley, bathroom and all the onboard amenities you would expect from a top-of-the-range business jet.

The standard configuration will seat 8 passengers. But customers will be able to select a cabin arrangement that could accommodate up to 11.

Each aircraft’s final design will be tailored to its customer’s tastes, but Aerion envisages a modern and luxurious interior, with plush reclining seats and the finest luxury materials.

When will the AS2 be available?

Aerion say that the first flight of the AS2 is planned for 2024, with certification in 2025, followed by entry into service in 2026. Fractional ownership provider Flexjet (our sister company within the Directional Aviation group) are the launch customer, and will operate some of the first commercial flights.

While the AS2 is designed for the business jet market, Aerion’s intention is also to branch out into other iterations, including commercial airliners. 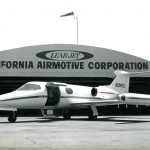 What’s the future for the iconic Learjet brand?

Bombardier’s business jet line-up includes the Learjet, Challenger and Global families. And while many models within each family are still active in the private jet charter market, sales of new aircraft have slowed to the… 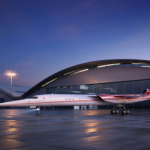 There’s no doubt that time-saving is one of the major attractions of private jet charter. While time in the air isn’t much different to an airline flight, the ability to design a bespoke itinerary, use… 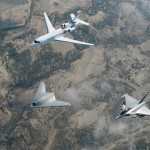 Private aviation and military aviation have many close ties. Not least in terms of career paths. Many military pilots tend to opt for a change once they decide to end their career in the forces. And while…
BLOG HOME
Months
Categories