What does Mach mean when describing aircraft speed?

The metrics of aircraft speed is something we are often asked about. As the different ways of measuring and expressing speed can make it confusing for clients, when looking at which private jet charter aircraft may be right for them.

Sometimes aircraft speed is measured in knots; sometimes in Mach. So what are these measurements? How do they relate to ground and nautical speed measurements such as miles or kilometres per hour, or even nautical miles per hour? And how fast can a private jet fly? Here’s a summary to make it all a bit clearer.

What is a knot?

A knot (often abbreviated to kts) is a unit of measurement of speed, with 1 knot equal to 1 nautical mile per hour. Knots is the speed that the pilot uses as he flies – the air speed indicator inside a flight deck measures knots – just as a car driver would give the driver a speed in miles or kilometres per hour. Knots were traditionally used in maritime navigation, a long time before aircraft were even invented.

The Mach number describes the aircraft’s speed compared with the speed of sound in air, with Mach 1 equating to the speed of sound. It is named after Ersnt Mach, an Austrian physicist, who first devised the measurement.

Back in the 1990s, Concorde famously made the trip from London to New York in an average time of 3 hours and 30 minutes, cruising just above Mach 2 – so flying at twice the speed of sound. Mach numbers are very useful when it comes to measuring the speed of aircraft travelling close to or beyond the sound barrier. So when you are looking at the fastest and most innovative aircraft, it is often helpful to use Mach numbers.

What is the fastest private jet aircraft – and how fast does it fly?

For a number of years, the two close rivals for the fastest private jet were the Gulfstream G650 and Cessna Citation X, both flying at speeds just above Mach 0.92 – so just under the speed of sound. Bombardier’s new Global 7500 now offers the same top speed.

In official record terms, the Citation X+ recorded a top speed of Mach 0.935, narrowly beating the G650 (although the range of the G650 is much further).

But of course supersonic private jets (which of course have a Mach number of 1 and above) are in development. The Aerion Corporation’s AS2, which will reportedly travel at Mach 1.2 is the main contender. Read more: Interview with Ernie Edwards of Aerion

What is a sonic boom?

Of course with environmental considerations so much a focus of future aviation development, regulation around noise impact is the major issue holding back the new era of supersonic flight.

Above Mach 1 – the speed of sound – an aircraft will create a pressure wave, known as a sonic boom. And larger supersonic aircraft tend to produce louder booms. So new technologies are emerging to muffle these booms, which will be the key to making supersonic private jets a reality within the next 6 to 10 years.

How fast do other popular private jets fly?

Here are a few examples of existing, popular private jet aircraft and their cruising speeds in knots, alongside their maximum Mach numbers:

*The cruising Mach number depends on the length of the flight. An ultra long range flight would fly slightly slower to save fuel. 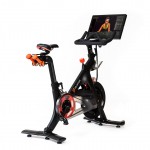 Work, sleep or exercise: How do you use your time in the air?

The real luxury of a private jet is not white leather seating or a marble bathroom but the ability it gives to use your travel time more productively. And that includes giving you more options… 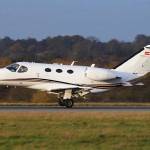 We announced some exciting news this month, which represents an important breakthrough in speed and ease of booking for the private jet customer. PrivateFly’s registered customers can now see instant and automated ‘buy now’ private jet…

Last week the US military ran tests on their new hypersonic jet – Waverider. Waverider is designed to reach a flight speed of Mach 6 (3 600 mph), which would mean a flight from London…
BLOG HOME
Months
Categories