Our ten most memorable flights

Turning ten this month is a real milestone for all of us at PrivateFly. We’re looking back on ten years of passion and industry challenges; ten years of developing our bespoke technology; and ten years of building our international team. See more highlights from our first decade.

But most importantly we’re reflecting on ten years of flights.

One of the many joys of working in private aviation is how varied our customers’ flights and requirements are.

It’s still such a thrill to us to fly every customer, on every flight. But as we celebrate our first decade, here are ten of our most memorable.

1) Our first ever flight

After spending many months developing PrivateFly’s technology and operator supply chain, our first customer flight booking in 2008 was a big moment.

We flew a team from an energy company, from Edinburgh to Greenland for a research project and back again the next day.

2) Our biggest flight booked via our app

In 2013 we had our biggest-ever flight booking made via our iPhone app (the world’s first app to offer private jet pricing and booking when it launched in 2010). The client was a family office in Saudi Arabia, booking a multi-leg business trip to Europe.

They booked a Boeing Business Jet (BBJ) for the trip, a converted 737 airliner capable of nonstop flights of over 6000 nautical miles, fitted out with an office, board room, lounge, VIP bedroom, and two bathrooms. It was a milestone moment for us – with such a significant flight validating customer confidence in our technology.

When a major brand wants to make a statement, the customisation of a private jet can make all the difference. In March 2018, ‘millennial grey’ took off in big way: A Gulfstream GIV completely outfitted in grey, from its leather seats to the pilot and crew uniforms, made one international sportswear brand’s product launch unforgettable.

Our team was able to coordinate the perfect aircraft with film crews and executives, to take this product launch to the next level.

4) Flying an eclipse-chasing TV crew to the Faroe Islands

In 2015, we flew a major broadcast team covering the solar eclipse to the Faroe Islands in the Arctic Circle. The total eclipse was only visible on a narrow path across the Northern Atlantic.

The crew came to us after discovering that airline flights would require two stops outbound, and take almost 14 hours for the return journey – at a cost of around £1,300 per person. With a private charter, they were able to fly direct from Manchester to Vagar, taking only two hours each way. They were surprised that the total aircraft cost was £10,700 for a 6-seater Citation CJ2 – a similar cost per head to the airline ticket.

It was fantastic to see the TV coverage and know that we had enabled the crew to reach this remote spot.

We always enjoy arranging wedding flights. One that stands out was for a regular client’s son and new daughter-in-law who were flying to London in 2015, after their wedding near Stockholm.

We worked with a wedding supplier in Stockholm, to have a ‘Just Married’ sign made up and attached to the aircraft as a surprise – along with balloons on the aircraft’s tail and ribbons across the nose. Chilled champagne was waiting onboard of course and the happy couple were thrilled when they arrived at the aircraft.

In April 2010, thousands of airline passengers were stranded when flights were grounded due to the eruption of Iceland’s Eyjafjallajökull volcano. Obviously safety was the no.1 priority but piston propellor aircraft were still able to fly (due to their air filters) from small airfields, when bigger airports were closed.

As a much smaller company then, it was all hands on deck as we were we were inundated with flight requests. There were several memorable flights, but one was for a customer stuck in London, who’d travelled just for the day on business. With a very young baby at home in Dublin, she was understandably desperate to get back. We flew her in a PA31 Piper Chieftain aircraft from Lydd airfield in Kent, to Dublin Western airport (home of the Irish Air Force).

In January 2014 we flew our first customer who had paid in Bitcoin, from Brussels to Nice Cote d’Azur. While client confidentiality is absolute at PrivateFly, Olivier Janssens was happy to publicise his first Bitcoin flight, as a firm supporter of the currency.

We’d been closely following Bitcoin for some time and after considerable research, came to the conclusion that it was a logical addition to our payment options – driving greater efficiency, especially for last minute flights outside of banking hours.

8) Going the extra mile for a Fresca-drinking client

In 2012 we arranged for some Fresca (a soft drink only available in the US) to be flown over at short notice for a regular client, who had requested it for a flight the following day, from London to Geneva.

An airline pilot friend of ours was enlisted to bring some over from New York on his next flight, and we collected it from him at one London airport, with a last minute taxi dash to another before our client took off. Time was tight but we just made it!

We’re used to arranging private flights with pets, including multiple dogs and cats. But this flight in 2017, with ten animals of different varieties on board, was one of the most memorable.

Our clients were moving to Alicante in Spain from the UK with their pets, and were keen to avoid the stress of the airline hold. They had two dogs, two cats, and six pet birds – four pigeons, a cockatiel and a finch.

It took a fair bit of planning, but the flight went smoothly and it was so great to see how much it meant to the clients, to have all their animals travel with them.

We’re used to arranging short notice ‘go now’ flights, but this one in 2017 was fast, even for us, making it our all-time speed record.

(Read more about our fastest flights and other stats in our Private Jet Charter Trends report.)

The client wanted to return to his home city of Dublin from Nice Cote d’Azur at very short notice to attend an event, and came to us at 14.18 hrs (GMT) wanting to land before 17.00 hrs. We were able to quickly identify a suitable aircraft already in position, and he took off at 14.47, landing at 16.10. 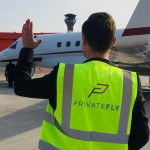 The rewards & challenges of operating during COVID-19

Like most businesses in the world right now, operations at PrivateFly have been dramatically different over the past few weeks. The last week in particular has seen a whole host of challenges including rapidly-changing border controls, airport closures… 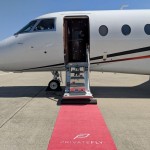 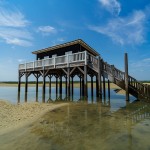 With summer in full swing in Europe, over a third of our European flights are currently heading to sunny holiday hotspots. And with a private jet charter, you can fly fast and direct to some…
BLOG HOME
Months
Categories